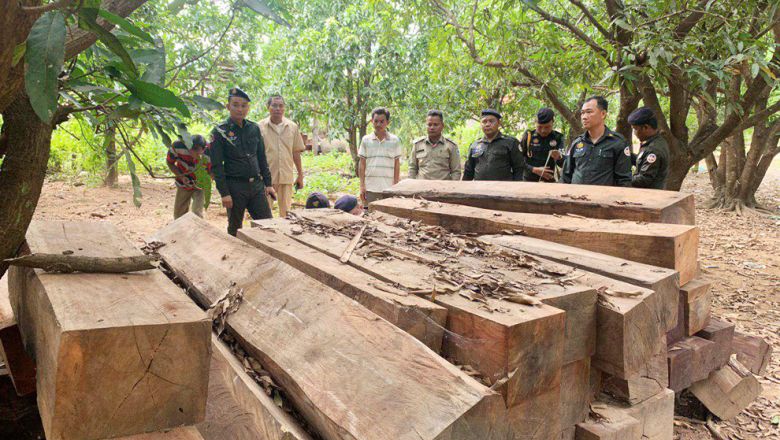 Forest activists have welcomed the recent crackdown on 151 sawmills in Stung Treng province but also slammed the relevant authorities for turning a blind eye to illegal timber processing facilities for a long time.

The activists wondered why Stung Treng provincial authorities had allowed so many timber processing facilities to operate before they were finally shuttered by the National Committee for Prevention and Crackdown on Natural Resource Crimes.

Chheang Ly, the head of the Prey Lang Community Network in Stung Treng province, expressed support for the committee’s efforts but asked: “Timber sawing and processing businesses have been operating, openly and aggressively, for a long time. Why weren’t there any inspections or crackdowns by the local authorities until now?”

Tit Phem, a forest activist in Siem Pang district, said none of the businesses could have operated without the local authorities’ knowledge – whether they were run legally or illegally.

He claimed that the crackdowns depended on how much the authorities benefitted from the illegal operations and the closeness of the relationship between the business owners and local authorities.

“I believe the committee knew about this, and that’s why the working group eventually carried out an operation to crack down and protect the remaining forest,” Phem said.

He said of those, 151 were temporarily shut down after further investigation by a national and provincial technical committee found that they were operating illegally. “The owners of those timber processing facilities were originally operating legally.

“The owners of facilities whose licenses have only recently expired will be allowed to apply to re-open their businesses. But those whose license expired many years ago will not be allowed,” Kong said.

“After completing the inspection of natural resource crimes in Stung Treng province, our committee will move on to other northeastern provinces,” he said.

During the committee’s crackdown from July 29 to August 6, a total of 37 timber processing machines and 23 vehicles that had allegedly been used in forestry crimes were seized.

All the confiscated items were subsequently destroyed by being set on fire.