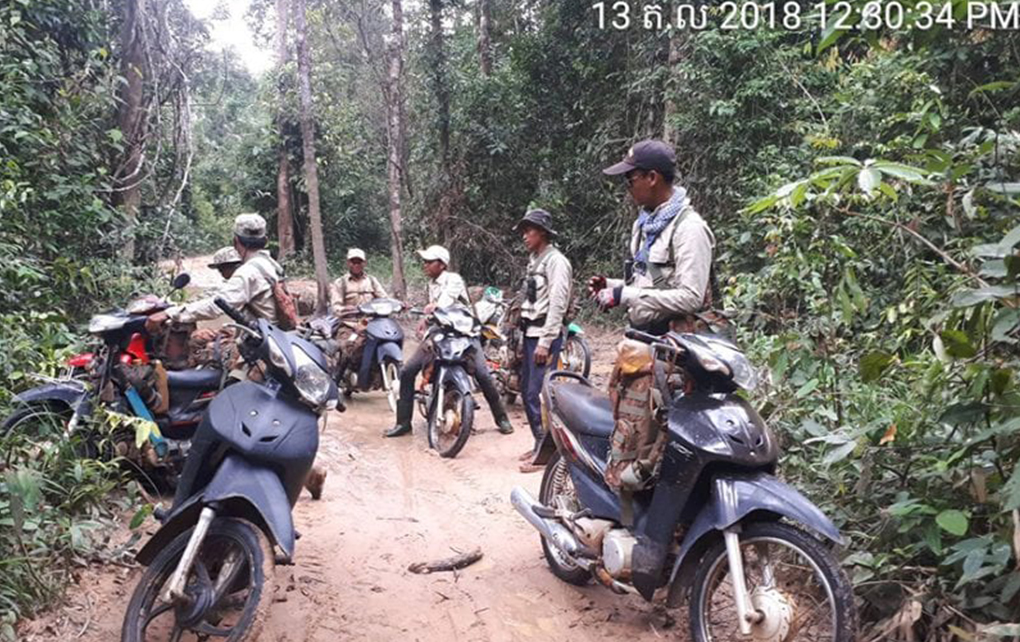 During a patrol of Prey Lang forest in Kampong Thom province, on October 13-15, 2018. Image: supplied

Environmental activists have accused park rangers of ignoring blatant forestry crimes that they say continue to occur unabated in the protected Prey Lang forest and even of being complicit in some of the crimes being committed.

The Prey Lang Community Network, a group of volunteers who have long patrolled the sprawling forest that lies across the four provinces of Kratie, Stung Treng, Preah Vihear and Kompong Thom, say authorities have been asleep on the job.

“We have seen the illegal activities and anarchy around the Prey Lang area, such as allowing a lot of wood transportation by trailers every day and also the equipment that helps with the logging traveling in front of the patrolling station of the rangers,” said the June 17 Prey Lang Community Network statement.

It also claimed authorities allowed wood to be transported out of the forest. The group called on higher levels of government to take action against subordinate officers who have allowed deforestation in the protected area.

Srey Thei, a coordinator for the group in Preah Vihear, said the time for lip service from the government was long passed and that if no serious action was taken soon to stop the practice, the protected forest would soon be completely logged.

Environment Ministry spokesman Neth Pheaktra asked the network to submit documents proving their claims including the names of the accused officers.

The Prey Lang Community Network says logging activity in the forest has been on the rise: Last year, it claims to have confiscated 98 chainsaws while on its patrols compared to 56 chainsaws that were confiscated during regular patrols in 2017.

A May 2016 sub-decree established Prey Lang as a protected wildlife sanctuary counting 431,683 hectares of forest land across its four provinces. The sub-decree put the authority for protecting under the Environment Ministry’s purview.

(Translated and edited from the original article on VOD Khmer)