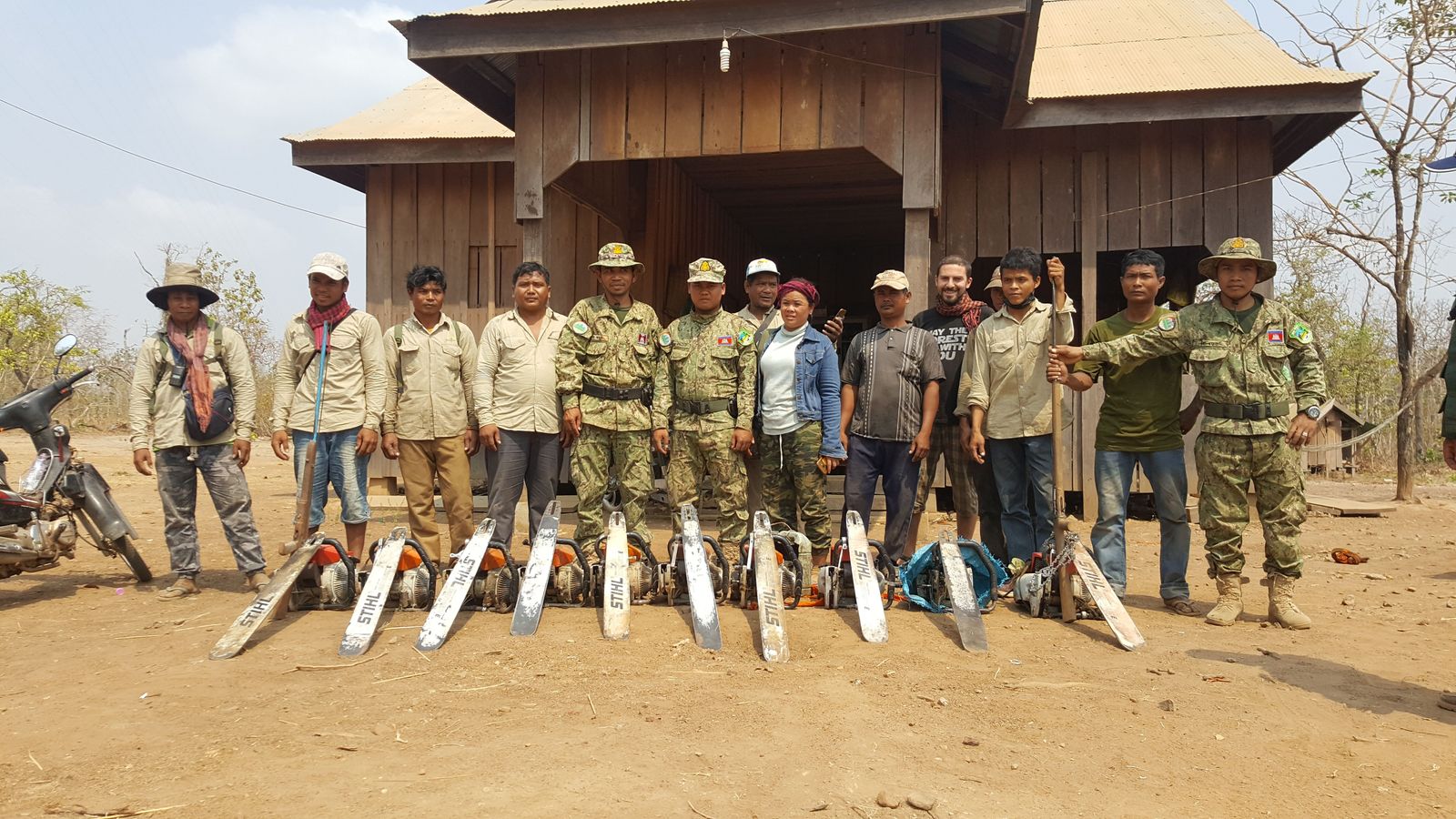 The Prey Lang Community Network (PLCN) is planning a joint patrol this month with activists from four provinces – Stung Treng, Kratie, Kampong Thom and Preah Vihear – to scout the protected area and crack down on forestry crimes.

Kheng Kho, a PLCN representative in Stung Treng province, told The Post on Monday that activists from each province had patrolled the forest according to their schedule.

In April, 55 forestry crimes were discovered in the Prey Lang Wildlife Sanctuary. These included 11 cases involving the transportation of sub-forest resources.

There were also eight cases involving people attempting to fell trees and grab forest land as personal property and 16 cases involving the felling of kakoh and resin trees, as well as 20 cases where wood was cut into planks, Kho said.

“All the evidence was given to environmental rangers for safekeeping to take action according to the law,” Kho said.

Phok Hong, a PLCN member in Preah Vihear province, told The Post on Monday that the authorities prohibited villagers from using chainsaws, especially those who lived near protected forests and wildlife sanctuaries because their use could cause great harm to wooded areas.

“We don’t know where the perpetrators of illegal logging bring their chainsaws from because nobody sells them in the area. When we patrol the forest, we constantly find and confiscate chainsaws.”

“We then give the chainsaws to the police until they could have hundreds of them as the problem is never-ending. One chainsaw can fell hundreds of trees,” Hong said.

She said Cambodia’s forests would be devastated in the future if the government continues to permit the open sale of chainsaws without proper controls and if the enforcement of laws to safeguard protected areas is not strengthened.