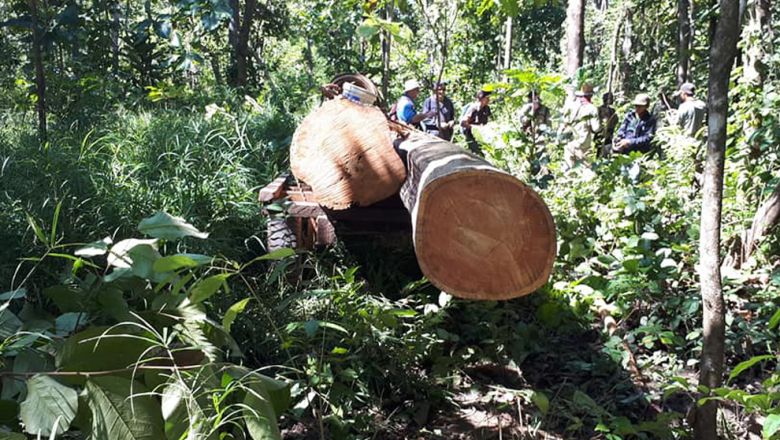 Provincial PLCN chief Hoeun Sopheap said on Thursday that the 12 were detained during patrols between December 1 and 4 and that the chainsaws and planks were found at separate locations in the wildlife sanctuary during the period.

In Stung Porong area, they discovered and seized three chainsaws and over three cubic metres of planks, but the loggers escaped before they arrived, Sopheap said.

He said four of the chainsaws were confiscated at Kratie province’s Sambor district. During questioning, the loggers confessed to felling the trees to use as pepper posts.