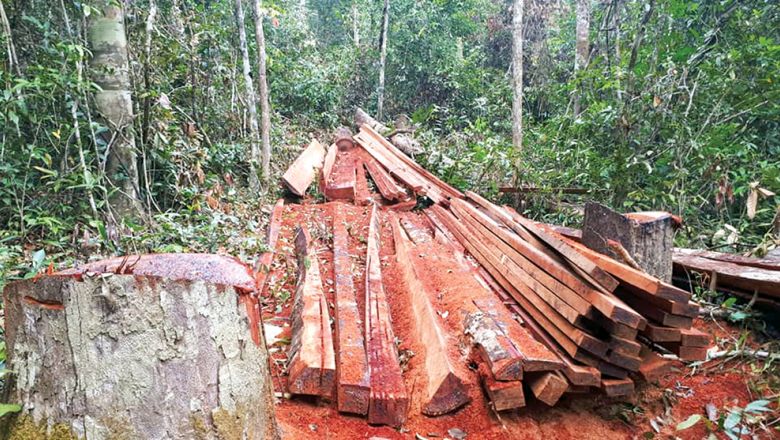 Prey Lang forest activists in Kampong Thom province on Wednesday claimed that illegal logging is continuing unabated, no thanks to local authorities and powerful individuals whom they allege are aiding the perpetrators.

While acknowledging that forest clearing still exists in the area, forestry officials claimed the illegal activities are on a small scale.

The Prey Lang forest is home to at least 27 endangered animals and 20 endangered plant species. But it suffers badly from illegal logging.

“We know that illegal logging is increasing. We found tractors and other equipment. There were hundreds of tractors.”

“When we slept near the road, we saw a long line of trucks smuggling timber. They took away the wood and left the stumps. What remains now are shreds of timber that have no value,” he said.

Plaok claimed the authorities have turned a blind eye as the illicit activities took place not far from the forestry administration office.

Provincial Forestry Administration head Bun Sothy said he had not received any report about forest clearing in Prey Lang. He said the area is under the jurisdiction of the provincial environment department.

“I work for the forestry administration, which oversees different areas,” he said, referring reporters to provincial environment department officials.

Department director Tob Kakada could not be reached for comment on Wednesday.

“We acknowledge that forest crimes still exist, but they were within limits. It’s not on a massive scale but involves only minor offenders.”

“We’ll take more action to reduce the offence. The community’s participation will help strengthen [the laws.] We encourage them to do so,” he said.