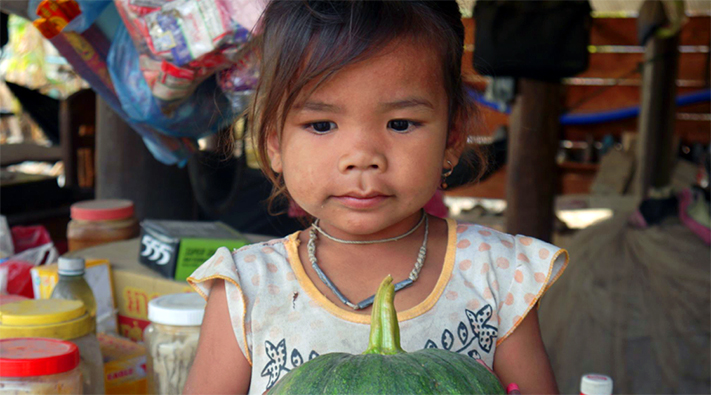 The loss of forests increases child health issues worldwide, new study shows. Researchers at the National University of Singapore has shown that deforestation is associated with a higher risk of diarrhea, respiratory infections and fever among children. Diseases that in worst case can cause child deaths.

The researchers surveyed about 35,500 households in roughly 1,700 communities all over Cambodia investigating the connection between child health and deforestation. The research found, that a 10 percent decrease in forest density is associated with a 14 percent increase in child diseases among children younger than five. One out of every 29 children in the survey, did not survive their fifth birthday.

Among other things, the study showed that cutting down trees prevents the forest from producing enough quality foods, such as fruits, mushrooms, fish and game meat, foods that are high in nutrition and therefore essential for the children’s immune systems. The loss of forest density also increases erosion of soil, which pollutes the streams, that provide the children and their families with drinking water.

These findings align with reports from families in Prey Lang, that are challenged when sickness hits:

” Deforestation is affecting our health significantly. Both children and adults get sick more often now. And many times, we do not have the money to go to the doctor,” said Hoeun Sopheap, member of the PLCN steering committee.