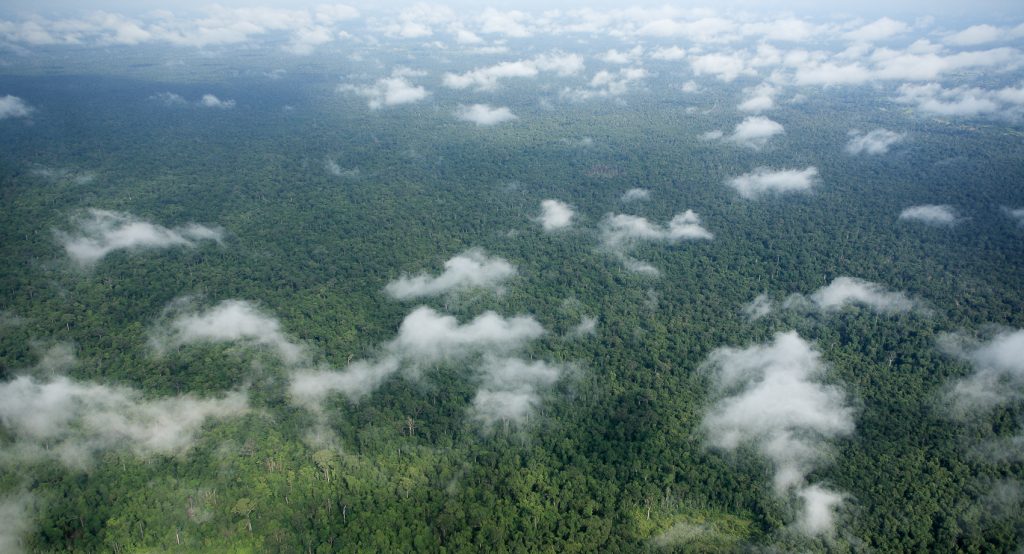 A new NASA study (link) shows that rainforests are not only crucial in absorbing carbon dioxide, but also in making rainfalls of global importance.  Using satellite data measurements, the new study presents evidence that the Southern Amazon rainforest triggers its own rainy seasons; when water vapor evaporates from the plants of forest, rain clouds builds up over and around rainforests.

Consequently, cutting down trees in a rainforest disturbs these cycles of cloud-building and reduces rainfalls drastically.

The study states that the Amazonian forest has already been suffering irreversible damage and concludes, that the loss of rainfalls could increase the number of droughts in Brazil and potentially disrupt rainfall patterns as far as Texas.

Following the study, the continuing deforestation and illegal logging of Prey Lang, a rainforest like the Southern Amazon, has both global and local consequences. Local communities make their primary living by farming of rice fields. Changes in rainfall patterns could, according to the study, lead to increasing periods of drought, affecting the rice harvest and the living standards of the local communities dramatically.

Protecting Prey Lang is of both global and local concern – show your support for PLCN by liking and sharing our latest report on the status of Prey Lang.

Read the full article at: Nasa