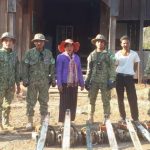 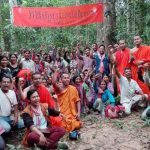 Ministry: No connection found between Think Biotech and illegal logging

The Forestry Administration on Wednesday said it had found no connection between Think Biotech Cambodia Co Ltd and alleged illegal logging in the Prey Lang Wildlife Sanctuary, and community forest areas in Kratie and Stung Treng provinces, as claimed by activists. It said it had noted reports in some local and international media outlets that … Read More

Think Biotech (Cambodia) Co Ltd director Lu Chu Chang has dismissed as slanderous, reports by forest and environmental activists that the company is connected to illegal logging. The reports claimed Think Biotech was involved in the illegal logging of forests in the Prey Lang Wildlife Sanctuary, as well as areas of community forest in Kratie … Read More 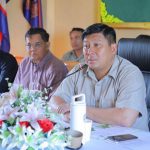 Environment Minister Say Samal has urged authorities in three provinces to prevent illegal land encroachment in the Samlot multi-purpose-use area and Phnom Samkos Wildlife Sanctuary as both areas are suffering from illegal occupations. Mr Samal issued the order over the weekend in meetings with officials from Pursat, Battambang and Pailin provinces. In a Facebook post … Read More 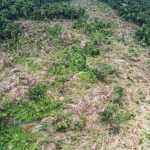 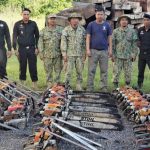 Following the release of the Ministry of Environment’s annual report, eco-activists have urged it to crack down on influential oknhas who allegedly flouted the Kingdom’s environmental protection laws. A total of 278 cases of natural resource crimes were sent to Cambodian courts in the first 10 months of this year, the report said. The crimes, … Read More

The Cambodian Youth Network yesterday said hundreds of hectares of forest land in the Prey Lang Wildlife Sanctuary have been illegally cleared in Stung Treng and Preah Vihear provinces. In a report released yesterday, CYN said it conducted an investigation from July 13 to August 12 following complaints from villagers in the two provinces. It … Read More