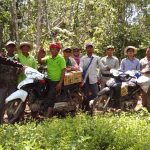 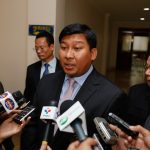 “They never gave any comment to us so far”. This statement was made by the Minister of Environment, Say Samal, last week in a speech held at a forum on natural resources. In the speech, he addressed the supposed lack of interests from civil society groups regarding the draft of the new environmental code, that … Read More 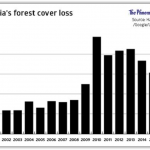 2016 A Bad Year for Cambodian Forests

Cambodian forests were cut down in 2016 at a rate 30 percent higher than in 2015, new data shows. Out of the 16 years in which deforestation have been recorded in Cambodia, last year was the fourth. In total, around 200.000 hectares of forest were lost in the Kingdom in 2016. The data, which was released … Read More 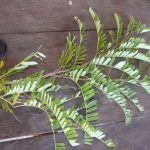 Medicinal Plants of Prey Lang Rainforest Eat it, cure diseases or use it as firewood. The Kontoutprey plant can be used in many different ways, and it is an essential plant for the people living in Prey Lang rainforest areas. Especially its medicinal properties is of high value for the people. The plant can cure … Read More 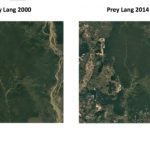 Prey Lang suffered from a total loss of more than 15.000 hectares of trees – the equivalent of roughly 28.000 football fields – between 2000 and 2014. Every year, an average of 1070 hectares trees was lost according to the data calculated by using Google’s Earth Engine. See the disturbing satellite images below and see … Read More 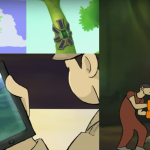 Every year, illegal logging produce more greenhouse gas, than all planes, ships, trains, cars and trucks combined. Experts agree that stopping illegal logging is the fastest and cheapest way to stop climate change. A cheap and sustainable solution that can minimize illegal logging in rainforests may now have been discovered. Rainforest Connection, the first platform … Read More 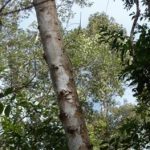 The Tree That Can Cure Malaria

Whether you suffer from diarrhea, malaria or a bad cough, the plants of Prey Lang can help you cure the symptoms. One of the valuable plants found in the forest is the Sangkae tree. The people living in Prey Lang use each part of the tree to cure several different illnesses. Root, bark and wood … Read More 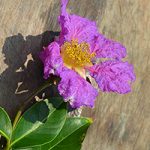 Boost your immune system, sooth your toothache and heal your wounds.These are just some of the healing effects of the medicinal plant Kraol growing in Prey Lang. The plant’s many diverse purposes makes it an important home remedy for the people living in Prey Lang. One of the great properties of Kraol is, that it … Read More 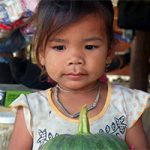 The loss of forests increases child health issues worldwide, new study shows. Researchers at the National University of Singapore has shown that deforestation is associated with a higher risk of diarrhea, respiratory infections and fever among children. Diseases that in worst case can cause child deaths. The researchers surveyed about 35,500 households in roughly 1,700 … Read More 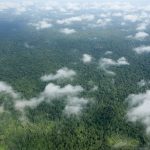 A new NASA study (link) shows that rainforests are not only crucial in absorbing carbon dioxide, but also in making rainfalls of global importance.  Using satellite data measurements, the new study presents evidence that the Southern Amazon rainforest triggers its own rainy seasons; when water vapor evaporates from the plants of forest, rain clouds builds … Read More