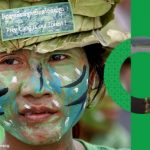 Prey Lang Community Network (PLCN) has just won the Global Landscapes Forum’s prestigious 2020 Landscape Hero title – an award that seeks to celebrate the important work of unsung grassroots activists taking a stand for the landscapes they live in and love. The Cambodian community conservation group was selected by an expert panel from over 80 inspirational submissions … Read More 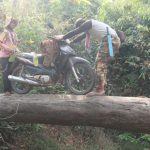 A documentary film titled Cambodia Burning produced by the Prey Lang Community Network (PLCN) won two awards – “Earth Photo 2020” and “Drone Photo 2020” – from the US-based Pulitzer Centre. The film, which has drawn criticism from a senior Ministry of Environment official, was photographed and produced by Sean Gallagher of Britain early this year as … Read More 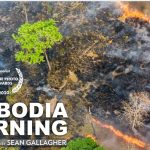 A new film by the photographer and filmmaker Sean Gallagher has been released. The beautiful film has won several awards and is mainly filmed with drones. The title of the film is “Cambodia Burning” and it describes the constant environmental degradation taking place in Prey Lang and other forest areas in Cambodia. The main drivers … Read More 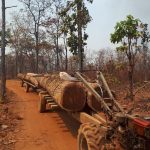 The three researchers P. J. Bori, , D. Argyriou & I. Theilade, have published a report on Geographic citizen science for forest monitoring and conservation in the Policy Briefs, Copenhagen Centre for Development Research, No. 2 Aug. 2020 at the Copenhagen University. The report describes the background of the situation in the Prey Lang areal, … Read More 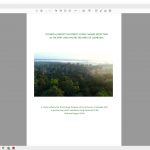 102,436 Hectares of Prey Lang Were Converted into Agricultural Land and Resettlement Areas in the Last Two Decades

10 August 2020 – A study authored by the Ecology Program of Jesuit Service Cambodia (JSC), in partnership with Cambodian Youth Network (CYN), of the change in forest cover in the Prey Lang Protected Area compared satellite imagery taken in the year 2000 and 2019, and found that 102,436 hectares of forest became barren or … Read More 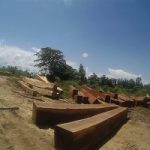 Groups of forest activists called on the government to order the closure of Think Biotech and Angkor Plywood at Prey Lang, as they reported that these two companies are engaged in illegal logging activities in protected areas. In a joint statement issued on July 21, more than 60 groups of monks, activists, community associations, and civil … Read More 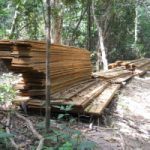 Activist Heng Sros said that during the ban, logging and transportation of timber such as Beng, Koki, Sokrom, and other types of luxury wood were moved by hundreds of trailers every day. While Ministry of Environment officials claim they and relevant departments implement forest protection and conservation measures responsibly, forest protection activists have expressed frustration … Read More 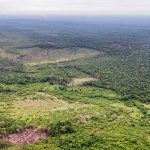 Cambodia Increased logging in the Prey Lang Wildlife Refuge in Cambodia has been extensively reported. There is evidence for this both from the Global Land Analysis and Discovery (GLAD) lab at the University of Maryland, which registered more than 22,000 alerts during the week of April 27, and from reports from the Prey Lang Community Network (PLCN). “We … Read More 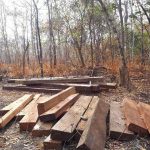 ‘They never intended to conserve it’: Outcry as loggers gut Cambodian reserve

In late February, conservationist Kheng tried to enter Prey Lang Wildlife Sanctuary, which he routinely patrols with other members of the Prey Lang Community Network (PLCN). Instead, he and his colleagues were denied access and threatened with arrest. [Read More] 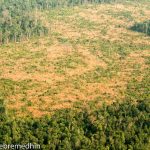